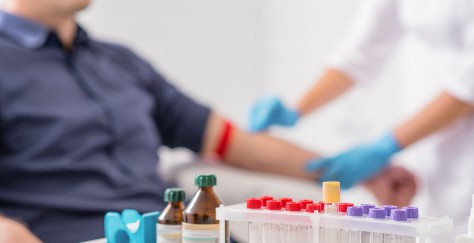 One of the most fundamental things needed in any competent response to the coronavirus crisis is access to testing. We need to know who has the virus now, so they can self-isolate. That’s achieved with a swab test, which only works reliably while someone is infectious – which is typically for around five days.

I am not a doctor, nor do I play one on the Internet. This blog post represents my own lay understanding based on a lot of reading, and from quizzing better-qualified friends.

Testing who has had the virus in the past is done with an antibody test. When the body fights a virus, it creates antibodies specific to that virus, and they remain in the bloodstream for a long time afterwards – usually a year or more. With most viruses, the antibodies confer immunity while they remain present. That means you can’t get re-infected yourself, and therefore cannot infect anyone else.

COVID-19 is a novel coronavirus, meaning we didn’t know anything about it when research began. For that reason, we can’t say for sure that having antibodies confers immunity – which is one reason why WHO is being very cautious about it – but it does appear 99.99% certain.

That’s because there have now been more than five million confirmed cases worldwide, and only a handful of cases of apparent reinfection. Even those cases are now generally thought to have been mistaken, in one of two ways.

First, for someone whose swab tests (for active infection) tested positive, then negative, then positive again, it’s thought that the interim negative test was a false negative. False negatives happen very easily with swab tests. Second, it’s possible to continue shedding the virus at a low level beyond the c.5 days during which you can pass on the infection. For that secondary period, the shedding level is high enough to test positive but too low to infect anyone.

What definitely remains unknown is how long immunity lasts. Given that the earliest known cases date back to December of last year, and we have had zero to negligible cases of re-infection, we can say with some confidence that it lasts at least several months. Based on what is known about the virus so far, the best estimate right now appears to be in the 1-2 year range.

If I test positive for the antibodies, I would consider the risk to me and to others to be negligible. I’d thus be happy to resume social contact with others who have also tested positive (provided they are of the same mind) as soon as the law permits.

One possibility that’s been mooted is an ‘immunity passport’: exemptions or special rules for those with positive antibody tests. Some think there are too many unknowns for this to be recommended, while others believe we’re going to have to take some calculated risks at some point, and this could be one of the safer paths.

I have no idea whether or not the government will go this route, but if it does, I’d like to be prepared. Especially as this would be a potential route to resuming dancing: what has been dubbed the ‘immunilonga’ concept, aka a milonga attended only by those who have tested positive for the virus and are not in a high-risk category.

Steph was ill for several weeks back in March, and a GPatHand video consultation gave her a presumptive diagnosis of COVID-19. I had no symptoms*, but the GP said that if Steph had it, then it was inconceivable that I didn’t too – especially as maintaining any kind of distancing would have been impossible while I was caring for her.

*Except possibly tiredness. I went through a period of feeling very tired, and going to bed very early, but that could easily be a combination of stress while Steph was ill and lack of regular exercise during the isolation and subsequent lockdown.

However, a presumptive diagnosis is just that. At the time, there was no test available to anyone who wasn’t hospitalised, and while her symptoms could match COVID-19, they could also match flu. That’s one of the challenges of the virus: the symptoms vary a lot.

The balance of probability is that she, and therefore I, have had it – and that we both have the antibodies. But in the absence of testing, we have to assume not.

Antibody tests on the NHS are not yet available for the general public, and are unlikely to be anytime soon. If the immunity passport idea gathers steam, demand for tests will be substantial, so it makes sense to me to try to beat the rush.

My initial plan was to take the test Superdrug were selling. That was developed by Abbot, and clinical trials have shown 0% false positives and <1% false negatives. The way it worked was SuperDrug sent you a kit to collect a sample of blood (via a pin-prick device), and you then sent the vial of blood to the lab, getting the result within a few days.

However, it transpired that Abbot said that its clinical trials were based on collecting blood from a vein, so it could not comment on the accuracy of blood collected from a pin-prick, and did not endorse testing performed in this way. Superdrug has now ‘paused’ this offer, likely permanently.

The remaining option is to have venous blood collected at a private GP clinic, which is an expensive route (from £144 in London, depending when and where you have it) – but I really, really want to know. So I’ve booked one for Tuesday evening, with the result expected sometime on Thursday.

It would, of course, be doubly annoying to pay for a test if it proves negative! There can’t be many occasions on which the patient is desperate for a positive result …

Watch this space for either a ‘Damn!’ or a ‘Hurrah!’ late next week.

One thought on “Booking an antibody test for COVID-19”